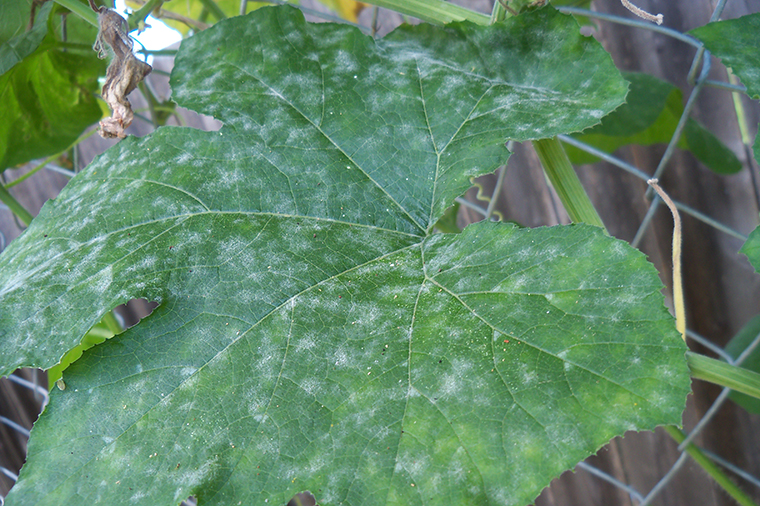 What is Powdery Mildew?

Powdery mildew is a fungal disease that affects a wide variety of plants. There are many different species of powdery mildew, and each species attacks a range of different plants. The garden plants most commonly affected by powdery mildew include cucurbits (squash, pumpkins, cucumbers, melons), nightshades (tomatoes, eggplants, peppers), legumes (beans, peas), and roses.

When the fungus begins to take over a plant, a white powdery layer of mildew made up of many spores forms across the top of the leaves. This layer of spores reduces the amount of sunlight the plant can receive and ultimately slows down the growth of your plant, reducing the yield and quality of its fruit.

How Does Powdery Mildew Spread?

Powdery mildew spores typically drift into your garden with the wind or small insects, especially aphids. However, if you’ve had powdery mildew occur in the past, new outbreaks may also come from dormant spores in old vegetative material or weeds nearby.

Unlike many other fungal diseases, powdery mildew thrives in warm (60-80°F / 15-27°C), dry climates, though it does require fairly high relative humidity around the plant to spread. In cooler, rainy areas, it does not spread as well, and it is also slowed down by temperatures higher than 90°F (32°C). It also tends to affect plants in shady areas more than those in direct sun.

How to Identify Powdery Mildew

– Plants infected with powdery mildew look as if they have been dusted with flour.

– Powdery mildew usually starts off as circular, powdery white spots, which can appear on leaves, stems, and sometimes fruit.

– Powdery mildew usually covers the upper part of the leaves but may grow on the undersides as well.

– Young foliage is most susceptible to damage. Leaves turn yellow and dry out.

– The fungus might cause some leaves to twist, break, or become disfigured.

– The leaves, buds, and growing tips will become disfigured as well. These symptoms usually appear late in the growing season.

How to Manage Powdery Mildew

Water the Soil, Not the Plant

Regularly wet leaves can be a leading cause for powdery mildew. When watering plants prone to this disease, be sure to water the soil at the base of the plant and avoid getting the leaves wet as much as possible. If your plant enjoys the sun, make sure it is planted in a bright sunny spot where it can dry out quickly after rain.

Powdery mildew can be effectively controlled with standard fungicides, sprayed regularly on areas where the mildew is prevalent, ideally when it’s first noticed. A gentler alternative to commercial fungicides is a mixture of baking soda and water. When using a baking soda and water mixture, it is best to test a small area of the plant first, before applying it to the entire plant. Certain plants are sensitive to sodium bicarbonate (baking soda). 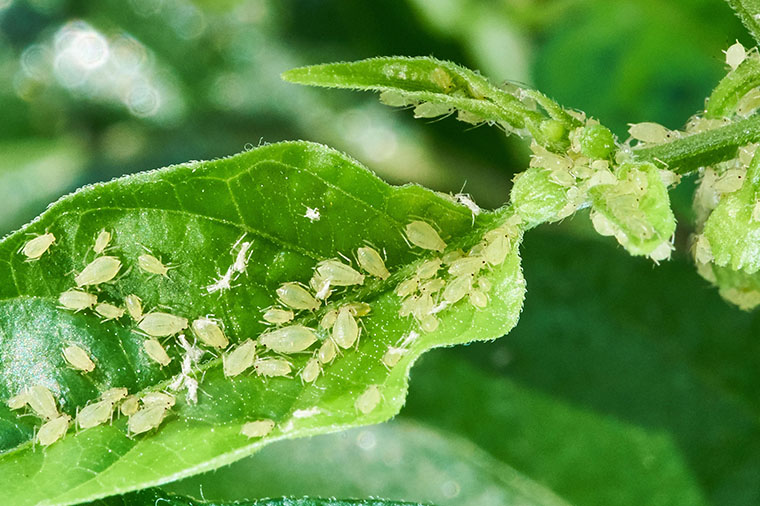 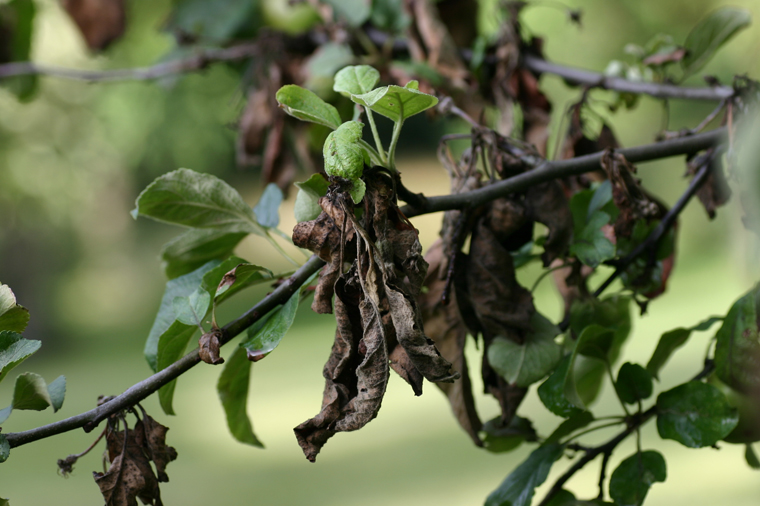 Is it Fire Blight?