Having a Murray comes in Handy 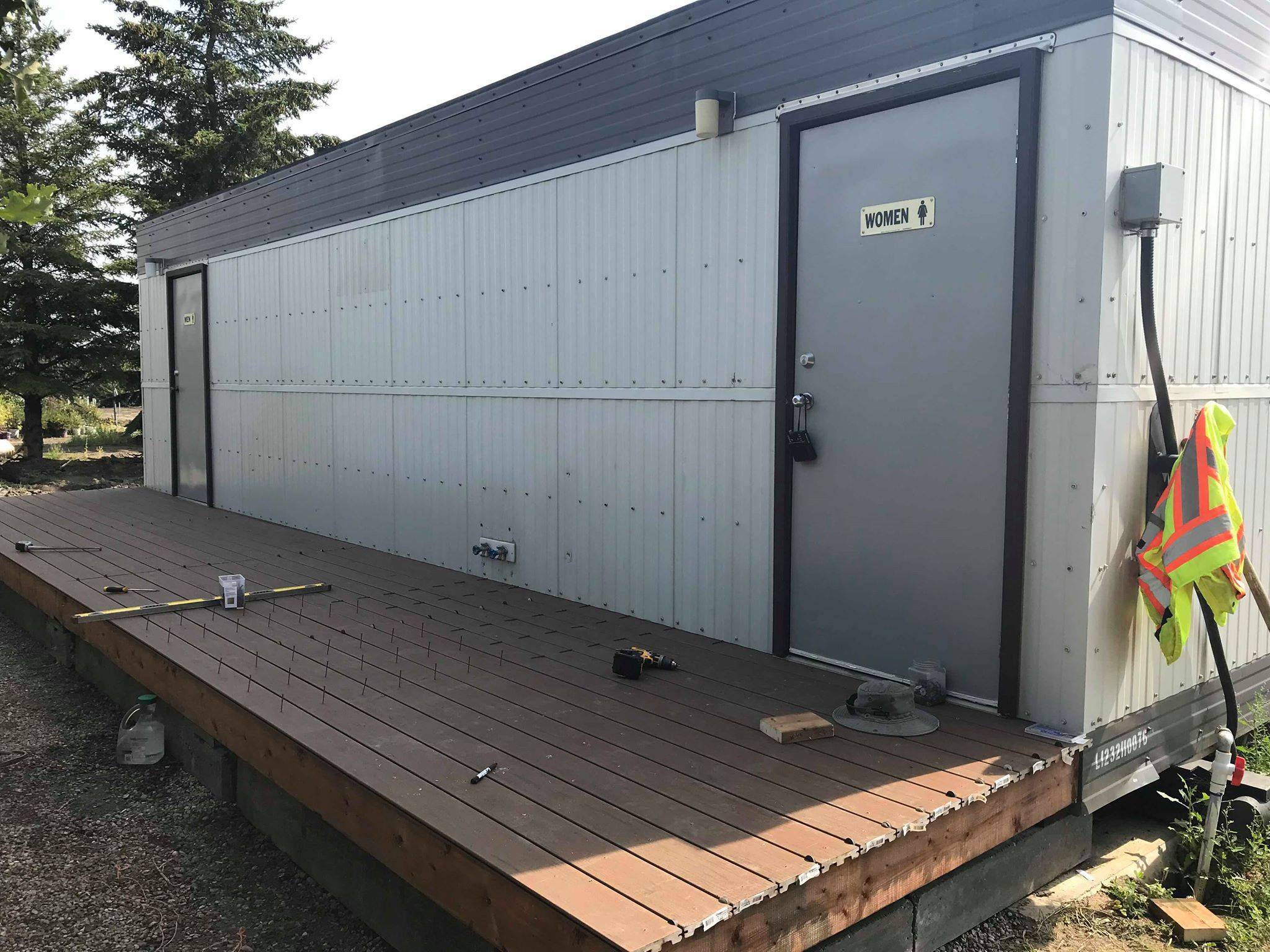 Having a Murray comes in Handy

Because the nursery is a farm, it is missing a few things that wouldn’t be an issue if we weren’t open to the public. Water, sewer, power, heat and internet have always been a challenge as the nursery continued to grow. In the early days, Ashleigh remembers many cold shifts were spent sitting in her car, only getting out to sell trees. No running water also meant no public toilets.

Getting the new Shack was a big improvement as it had heat AND plumbing, but it did have its own challenges. Since the Shack was not used in the winter, every spring they would open the trailer with fingers crossed that everything was still working. It never seemed to fail that every year, something would go wrong with the plumbing or the heater.

One of the biggest issues once Kiwi shifted to retail customers was the lack of a public toilet, and so the decision to get a port-a-potty was made! Obtaining an accessible port-a-potty meant it was bigger inside, and worked great for families with small children.

Last year, Murray saw a toilet block at an auction and thought about how it could be a more permanent solution than the port-a-potty. The next thing you know, Murray had bought it.

The toilet block was a male dominant layout, with only 2 female stalls. At first the plan was to keep it mostly the same and put a wall up here, a door in here. However, Murray being Murray, got a little carried away and before we knew it, the whole block was taken apart! Murray can never tell us what he is going to do, but we just knew it will turn out great.

The toilet block is now functional, but there is still a bit of work to do (as there always is). The family stall is not yet operational, but Murray is hoping to have it ready for the Christmas Grotto or next spring.

Murray has made many things over the years. Not by using plans or instructions, but by what he has seen others use or from ideas in his head. When completing commercial jobs, there were two options for sod: small rolls that could be laid by hand, or large rolls that were heavy and difficult to maneuver. Murray decided to build a sod layer attachment for the bobcat, which was able to handle those large rolls. This created an efficient system of laying sod, and required less man hours to do so.

Murray has always had great skills on the bobcat, but when he thought his landscapers were getting a bit lazy on the job, he would drag the sod out of line so they would have to pull it back into place and get their blood pumping again.

He has made many attachments for the skid-steers over the years; from scoops, to tree-pickers and levelers. Murray learned how to weld and fix many of his machines as it was too expensive and time consuming to send it out to get fixed.

Murray’s creativity has been key in growing the nursery. Ashleigh and her big ideas have always been there to put the ‘bug in his ear’, and was able to get him to help her when she saw ways to improve the functionality of the nursery. Kathryn and Ashleigh both realized at a young age that Murray was busy and not able to help right away, but if they started the project he would be there to help them finish and make sure it was done right.

The Shack has been renovated and changed almost every year since Ashleigh has been there. First, it was just moving a wall and adding the old door from her house. Then it was the kitchen layout, building a custom desk, adding slate wall, a new ceiling, internet cords, gutting the bathroom and the kitchen, and this year Murray helped her re-do the front desk.

Anywhere you look at the nursery, you can see Murray’s creativity; the desk at the front of the greenhouse, the wall at the back of it, the tree rows that hold the potted trees for sale, the custom built water truck and delivery truck. The list of projects never seems to get smaller with all his new ideas!