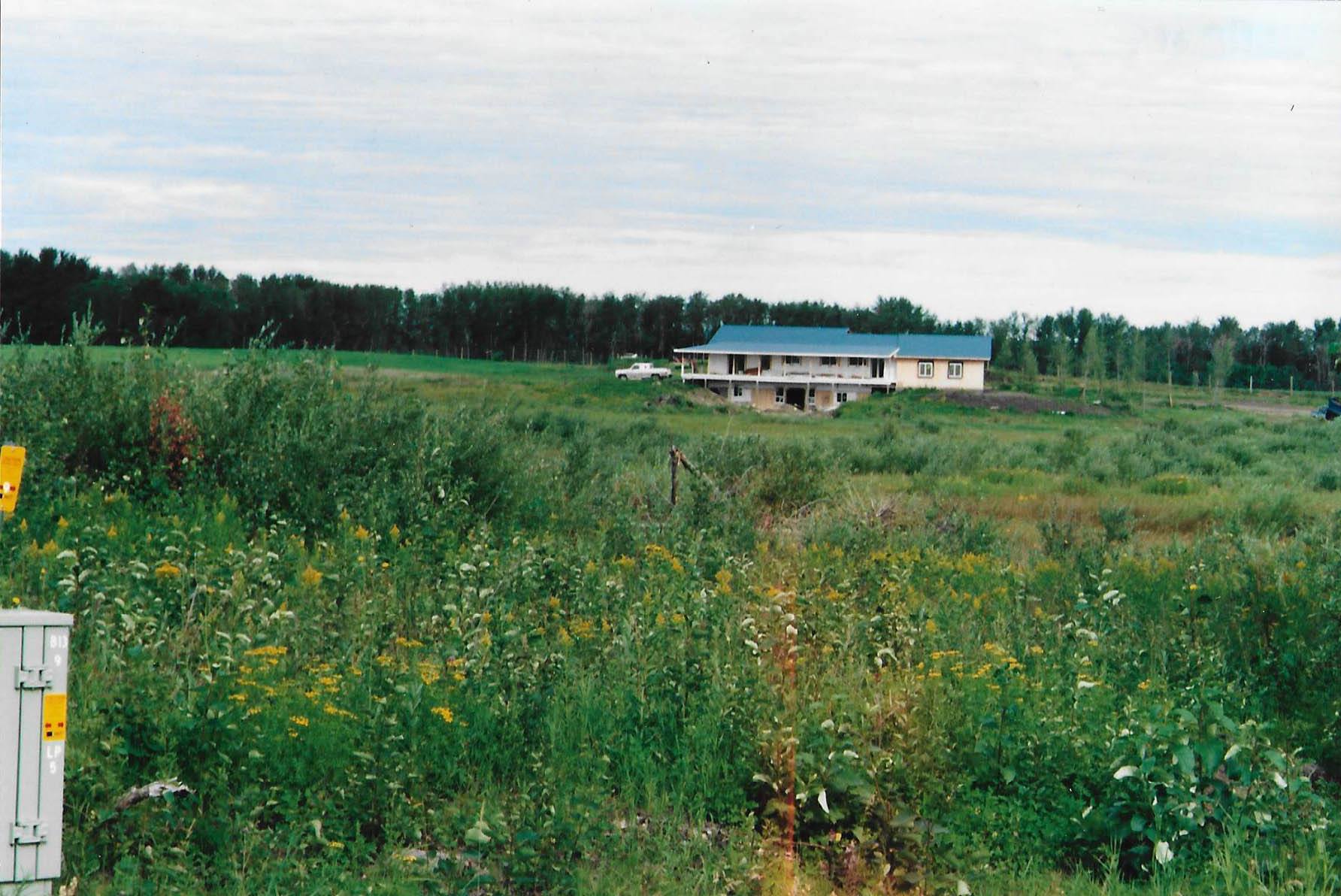 Between 1990 and 1995 Murray and Alison bought 3 neighbouring 80-Acre parcels to grow their Nursery, and a nearby 15-acre parcel with rich soil and an old red barn on it, which Murray and Alison felt was a sort of “Canadian Icon”. The barn is still standing and the property still grows thousands of trees, now within Spruce Grove’s city limits as the city has continued to grow over the last decades.

In 1995, Murray became convinced that his family should be living on a property closer to the nursery, so set his sights on their third 80-acre parcel (Farm 4) as the ideal location for his family’s new home. It was connected to the main nursery, and he could build the “ideal” house on it – not attached to a shop and with more of the space and features they couldn’t afford to include when building the original brown house & shop in 1985.

Without Alison agreeing, Murray got a “bee in his bonnet” and went ahead and built the new house himself in 1995. When it was finished, Alison agreed the “Blue Roof House” was nice but wasn’t willing to move. Despite the Brown House not being ideal, Alison was comfortable there and felt there was more space on that land. Besides, being a work-at-home-mom meant that having the workshop attached to the house was more convenient and meant less driving back and forth. This way, the workers that came to the workshop to start the day were just steps away for Alison to keep them up to date on projects and paperwork.

So, they found tenants for the Blue Roof House and remained in the Brown House for another 12 years, when they built their current home in a nearby acreage subdivision. Today, the Blue Roof House is still home to a tenant, and two of Kiwi’s Seasonal Agricultural Workers during the season, and thousands of trees can still be found on the property. There is also a large barn onsite which was built by Murray out of precast concrete and housed several different animals or stored feed and equipment over the years.